The scientific way to hack your mood with music. 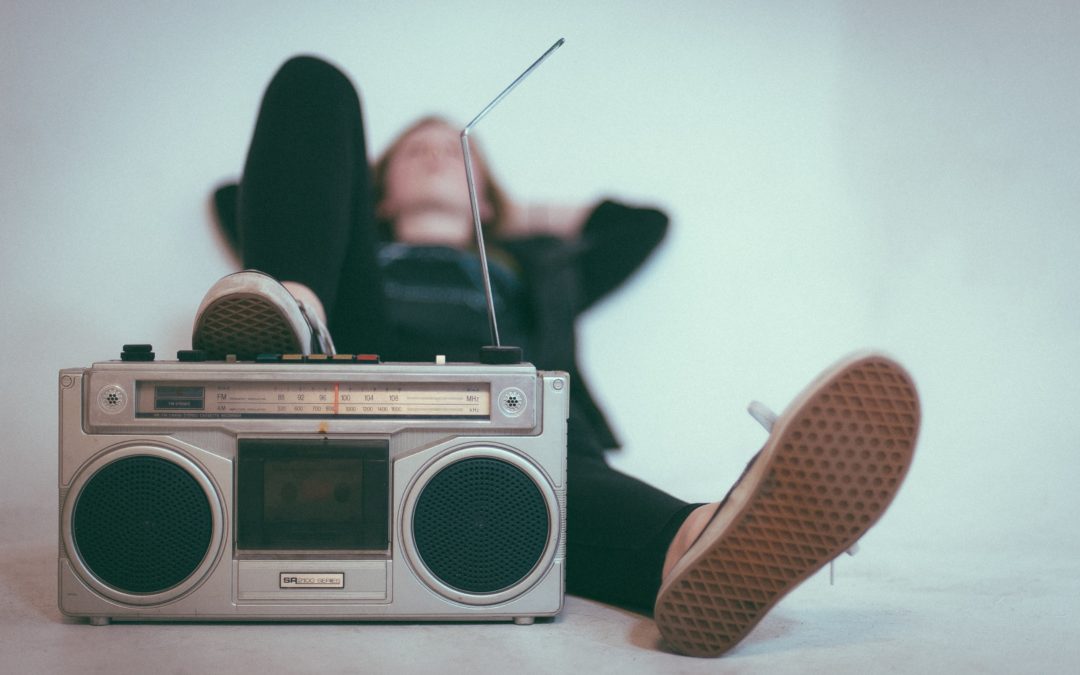 We all know that feeling – you’re driving in the car or walking in a store and one of your favourite songs starts playing over the radio.  It’s almost impossible not to belt out some of the lyrics or, at the very least, resist a smile and a head bob.  Or when you were about 10 seconds away from driving a pencil through your screaming boss’s earlobe and your sickest beat rips you from your bloodlust  (Here’s to you, sis).    Whatever your reason for listening to music, the physiological effects of music are very real and present and, often, underrated. Now, I know that it’s common knowledge that hormones influence your mood (girls and boys), but that’s not why we’re here. This is about reversing the process and intentionally changing hormone production to hack your mood.

Your brain, your mood and music

In a simplified way, the reason music can influence your mood is because of how your brain responds to it.  The act of listening to  (and making) music, activates certain areas of the brain.  During this activation, your hormones are produced as messengers to carry the impulses created by music, all around the brain and body.  These hormones then influence your mood in various ways.  There you have it- the basic explanation of how hormones influence your mood. This is the basis of on which we will build to discover how to hack your own mood.

This interaction between your brain and music has many benefits for you physically,m mentally and even socially.  One especially relevant benefit for the Covid-19 pandemic is the stimulation of our body’s production of the antibody, immunoglobulin A, and natural killer cells.  In other words, the right type of music can boost your immune system functions that are specifically at work to protect your body against viruses.   Yay, for music.

Although some of these effects are achieved through highly specific combinations of rhythms, patterns, tones and vibrations in controlled environments, our un-scientific selves aren’t devoid of options. We can increase the production of certain hormones, specifically dopamine and serotonin, that will, in turn, influence our mood.  Understanding the basic elements required to do this is even easier, and will help you set up a playlist that can hack your mood.

Hacking your mood with Dopamine-boosting music

In one sentence, dopamine is about being energised and happy. It picks you up.  Dopamine, the feel-good hormone, is released when we experience a rewarding stimulus, like eating delicious food or listening to a great song. The effect of the dopamine will depend on how you perceive the stimulus. In other words, if you like it a lot, your brain will produce more dopamine and vice versa.  When listening to music, certain elements in a song will make the song sound more enjoyable to your brain. These are the elements to look for in your songs when setting up a playlist.

What makes a good dopamine song?

Remember that dopamine is about the reward.  Many details in a song will contribute to how big the reward will be for you, but the basics are this: 1. a delay in the most enjoyable part of the song.  This includes a build-up in speed and volume before the beat drops.   2. Consistent pitch.  3. Consistent rhythm.  The Rythm needs to have a balance between predictable rhythm and some excitement, like a reversal of the rhythm.    When you have these elements in a song, it will boost the likability of the song. However, the most important key to success is that you should already have some degree of preference for the song. And that it should have a more upbeat tune.

Now, if you only understood 50% of what I just said, don’t stress about it.  The key takeaway is that you should feel it – a kick of enjoyment when you listen to the song. Think of that song that you listen to that gives you chills or psyches you up.  Start with those songs and keep adding until you have a complete list.   My list constantly changes and I tend to like the older ones, but at the moment a song that has the enjoyment-factor for me is “Don’t give in” by Snow Patrol  (that intro, man) or “Stars” by VIZE ft. Laniia,  minus the music video (because no, thank you).

Why have a dopamine playlist, you ask? Listening to dopamine boosting music can help you:

Hacking your mood with Serotonin-boosting music

Serotonin is all about wellness and general relaxation. It settles you. This hormone contributes to feelings of well-being and happiness.  One of the sweetest effects of serotonin on the body is that it makes you less sensitive towards rejection. Unlike with dopamine-boosting music, serotonin-boosting songs have fewer technical elements to consider.

What makes a good serotonin song?

Songs that were found to have the most significant impact on serotonin production had three elements.  1. The difference between the highest decibel and the lowest decibel was around 60dB. This simply means that the volume doesn’t jump between too loud and too soft, because we all know how annoying that can be (Looking at you, DTSV).  2. The songs had between 60-80 beats per minute, and 3. The listener found the song pleasant (no kidding, huh?). As simple as that.

To name a few things, listening to serotonin-boosting music can help you:

Here’s a fantastic tool that you can use to check a song’s beats per minutes, as well as find tracks with similar speeds, keys and genres. This is what I’ve needed in my life for far too long.  Hence,  I’ve linked their list of songs with 80 beats per minutes here. Enjoy!

On a final note (pun intended), there is one element that will take this from a good-enough tool to a super hack.  Awareness.  There just isn’t a one-size-fits-all approach when it comes to personal preferences. Combining your likes with these general guidelines will improve the results significantly.  Your brain will respond much better to songs that it already has a preference for.  Being aware of how a song makes you feel when you’re listening to it, as well as what you like about it, will help you curate a kick-ass playlist.  If you’ve read any of my other articles, you might have noticed that I am a strong supporter of proactive living.  The shortcuts in life only work when you mix it with planning and preparation. Similarly, preparing your playlists before you need them will make this a tool to use, instead of a simple good-to-know.

Feel free to share your favourite songs, playlists and beats down below so everyone can enjoy them.

Also, if you have any topics that you would like to read posts about, please let me know in the comment section below.